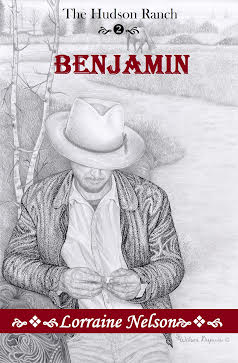 Rodeo cowboy Benjamin Hudson is one of four brothers set to inherit their father's ranch in northern Alberta. The only problem is, the three oldest have been estranged from Zackary Hudson for years. Their father's will states they have to live on the ranch for one year, show a profit, and care for their baby brother. The main problems…none of them know anything about running a working ranch or caring for an infant. They decide to hire domestic help for the primary care of Jeremiah.

Halifax native, Danielle Madison, wants to escape the pain of an abusive marriage and the resultant stillborn child. She sees the ad for a nanny on a ranch in Alberta, applies, and flies west without a second thought. For Dani it's work only, with no intention of becoming involved until she meets Benjamin, the tough-as-nails ex rodeo rider, who handles his baby brother with great gentleness and compassion. Little Jeremiah pulls at her heartstrings, and she's drawn to him, despite her resolve to remain aloof.

Love is not in Ben's vocabulary, except as it applies to his lost siblings. When things start disappearing and going wrong, Dani is Ben's initial suspect. He's attracted to her, despite her withdrawn persona, and tries to believe in her innocence as they work together to solve the mysterious happenings. Will love win out, or will the fear of commitment drive a permanent wedge between them?