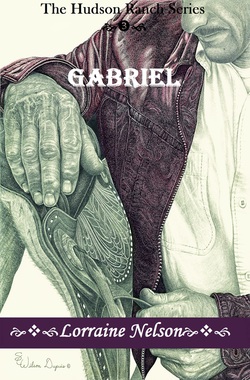 Busy attending the victims of a fire on the Hudson Ranch and cleaning up after his veterinary clinic is vandalized, Gabe Hudson hires an assistant through email, based on qualifications. When Kristin appears, ready to work, he discovers he’s been duped. Thinking he’d hired a male practitioner who could help with their huge patients, he is totally baffled at her willingness to take on such a task.

Angry at first, he soon discovers how capable she is, seeming to have an affinity with the animals they tended. It didn't hurt that her voice was soft and sexy and she was easy on the eyes to boot, but her entire demeanor was of a 'hands off' attitude. His growing affection and attraction to the woman were making his days harried and his nights a living hell. Combine that with trying to keep her safe as a psycho targets the clinic, and he’s afraid to let her out of his sight.