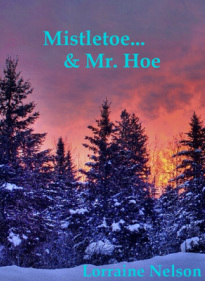 Simon Hoe left his wealthy upbringing behind to put some real distance between himself and a childhood tragedy. He arrives in Parson City still carrying misplaced guilt for the drowning death of his little sister and tries to atone by becoming the towns’ do-gooder.  Trained as a master baker, he decides to open a bakery and put down roots in the friendly coastal town. ‘Simple Simon’s Pie Shop’ caters to the Christmas holiday even though his own faith died with his sister and he refuses to celebrate.

Noelle Parsons survived her foster care childhood only to have her one attempt at happily ever after end in disaster when she discovered her fiancé and best friend making plans to elope.  A change of scene is definitely in order and she moves to, Parson City where she opens ‘Winter Wonderland Toys & Crafts’.  Noelle enjoys everything Christmas and sees another lost soul in Simon.  They gravitate toward each other, but will she be able to convince him that he deserves happiness, too? Maybe even love?
Available at Amazon.
Read excerpt here.
Read reviews here.